League of Legends is an online multiplayer game released in 2009. It is one of the biggest games in the last 5 years and it features a couple of core gameplay elements and modes . Players in the game are named summoners , the two main gamemodes are ARAM and Summoners rift. An optional queue for players who reached the level 30 is the ranked gamemode . Our goal is to provide you the choice to quickly gain access to your desired accounts and rank. Additional information regarding the process of how the accounts work and how to purchase are given in each products selective specified description. This information is given in the shop section.

League of Legends in heavily inspired by DOTA II , whose original creators went on to make League of Legends . They were looking for a more simplistic version of DOTA which would also be more accessible. League of Legends is free to play  ,the game is available for Microsoft Windows and macOS. The games main purpose in the map summoners rift, is for 5 players to battle it out in order to achieve victory by destroying the opponents base (nexus). There are characters or “champions” which are playable in the game and each individual player may choose from an array of over 120 champions.League of legends has generally positive reviews on the side of its players and gamers alike. It is a new-player friendly game. It features a very strict in game rule system particularly against toxicity, and abuse of scripting and unauthorized cheating/ third party access.

League of Legends is known to be one of the biggest international games in existence , it has a very large competitive scene holding tournaments and a Worldwide Championship each year. It has achieved the most concourred on a video game related media outlet out of all online video games. There is a large market on Twitch for the game which brings many viewers. With our guidance and service you have the ability to accomplish the same and take yourself to the of the ladder. 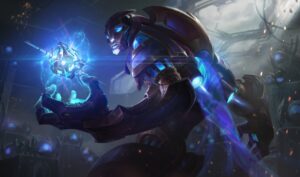 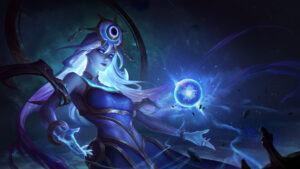